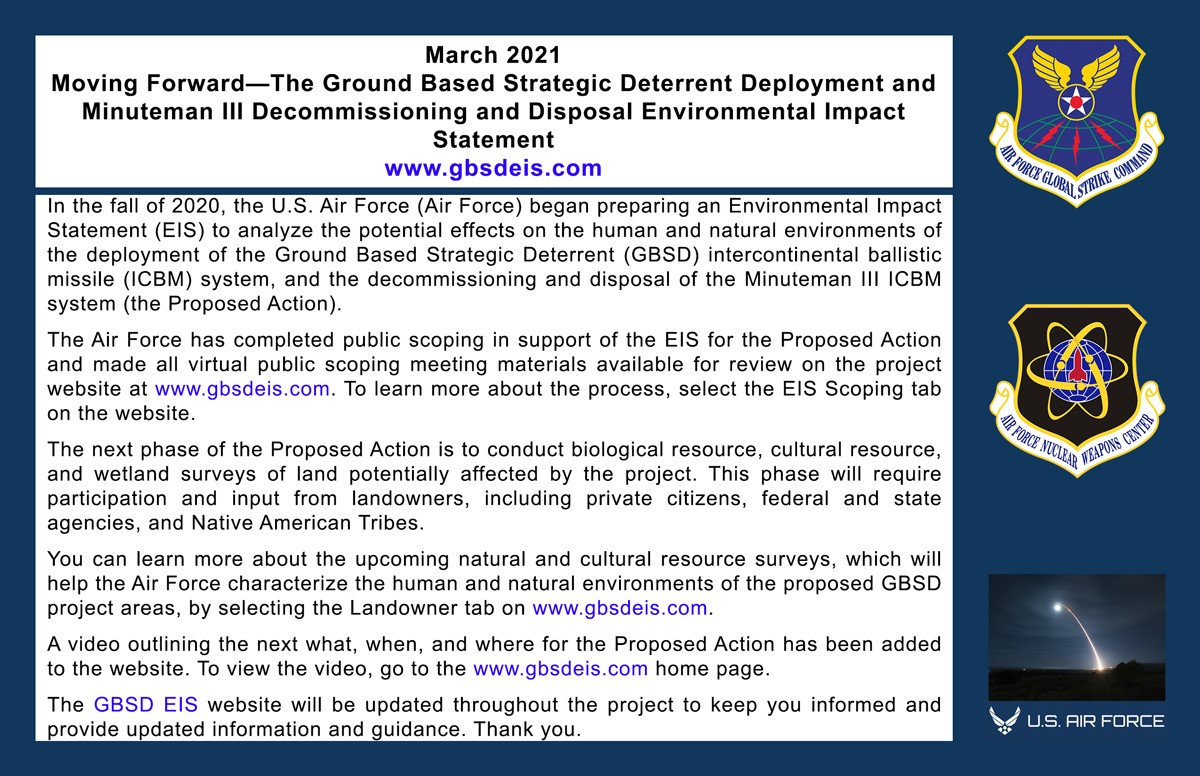 In January 2019, the Chamber hosted a meeting with the Greater Cheyenne Chamber and local businesses discussing the future of the Defense Department’s Ground Based Strategic Deterrent project (GBSD) and the business opportunities for local vendors to become a part of this project. The GBSD project that will be based out of Cheyenne Warren A.F.B was confirmed on Friday in a news release.In June 2019, a representative from one of the ‘potential’ project developers, Bechtel Corp., visited with the City Administrator regarding project housing for onsite engineers and crew members. Bechtel is a global engineering management company that works in multiple markets including nuclear and security. At the time of this visit, they were inquiring about options for possible locations within the City limits of Kimball. Housing would be for 2000 employees for approximately 4 years. There was no timeframe discussed as all of this was still in the early stages of the Defense Department’s decision on choosing their vendor between Northrop or Boeing.In February 2020 Northrop announced they added Bechtel to their team for the GBSD project.In June 2020, the City Administration reached out Bechtel to let them know the City of Kimball welcomes them back for discussions on what their future needs may be. The response received was positive, the Bechtel Corp is still interested in working with Kimball and will be in touch with our City leaders once the project moves forward. Again, there was no time frame given as the project has just been announced. We will be certain to keep the community informed of any developments as they present themselves.For more information on the project, to register your business or to sign up for updates visit: 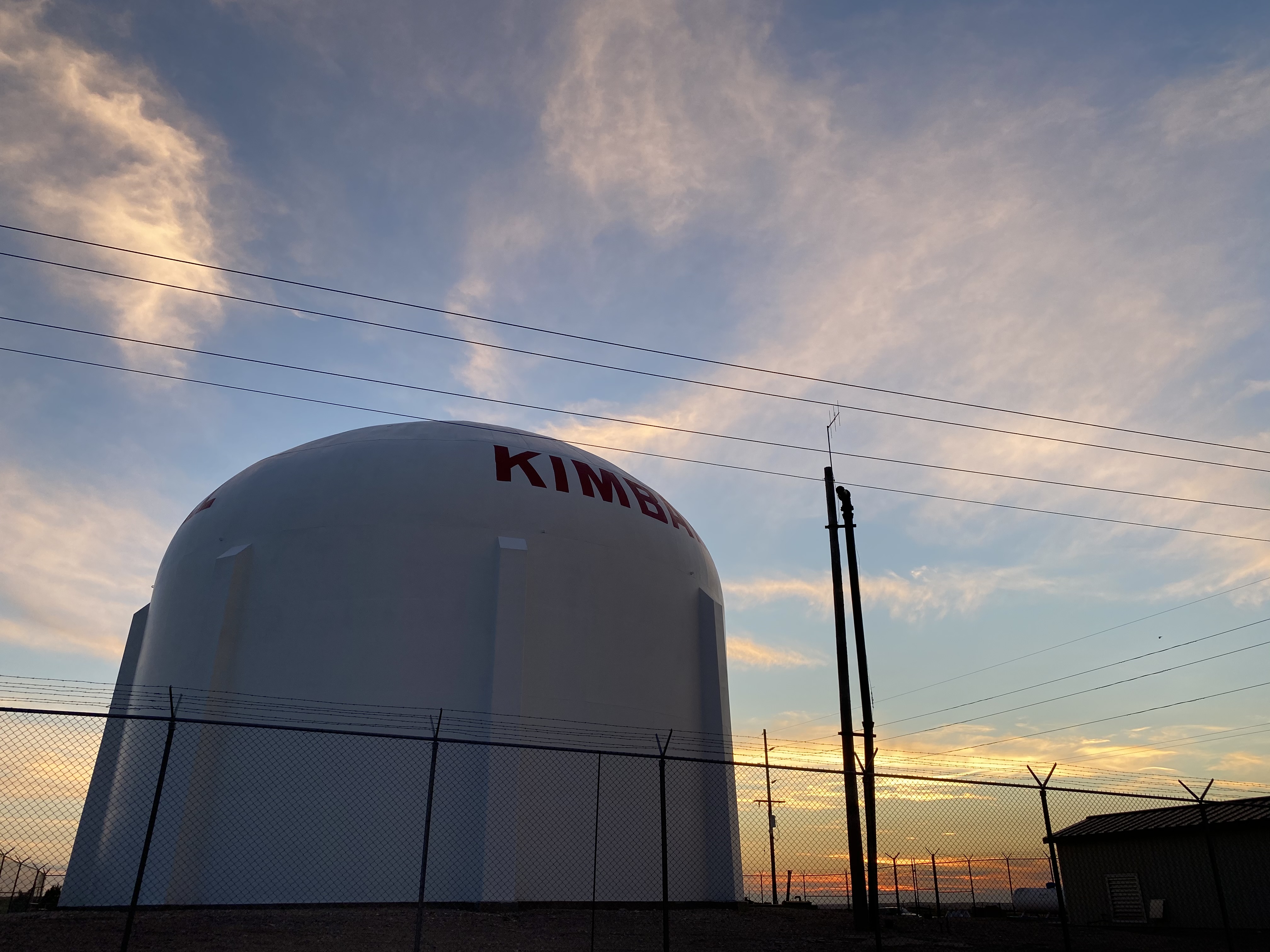